Members of the Benevolent Fund Committee

Meet the Members of the Benevolent Fund Committee

The Benevolent Fund of UCH London Nurses’ Charity is a restricted fund held by the Charity and it is managed by the Volunteer Trustees of the Charity. It is available for associate members of the Charity who are in need of financial assistance in a period of hardship due to ill health, accident or disability. 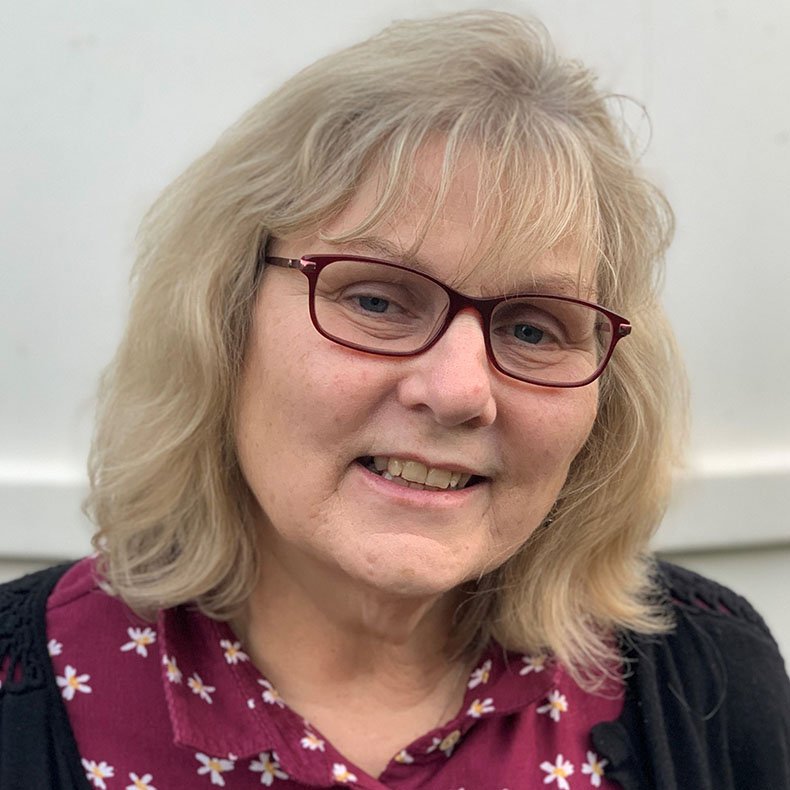 I was in Set 214 and I trained from 1975 to 1978, I then staffed on 5/1.
I left UCH to train as a Midwife and worked in Africa in a missionary hospital for 18months. On returning home to England I became a ward sister on a medical ward. After 3yrs I trained as a District nurse fulfilling my dream. I managed to continue working part-time whilst having my family and kept this role until I retired. 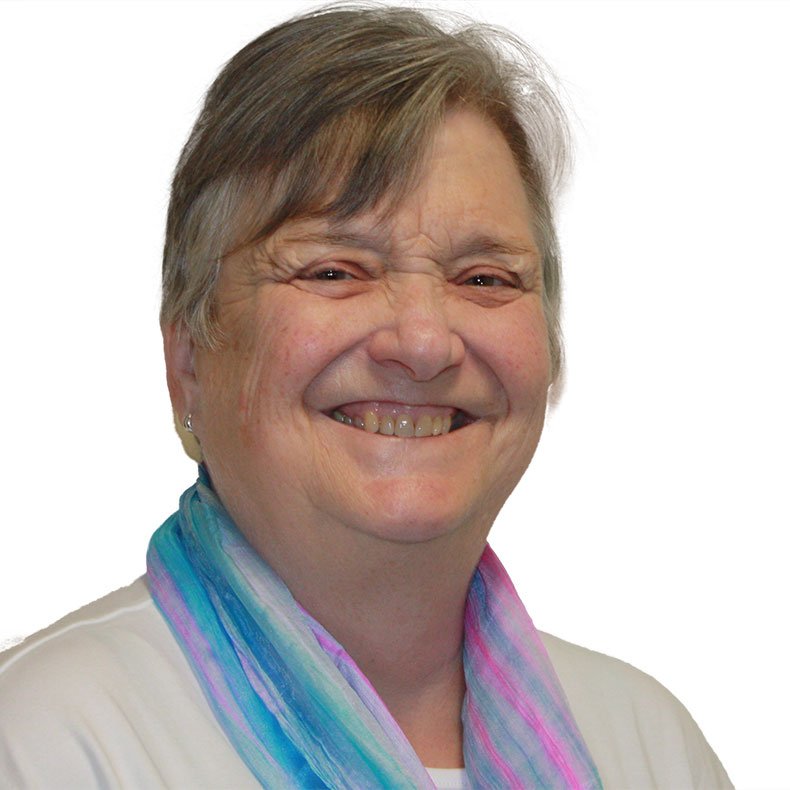 After qualifying, I staffed on ward 3:1 (female surgical) until my marriage.
I returned to UCH in 1971 staffing on ward 1:2 the radiotherapy ward and department until leaving to have my daughter followed by a son.

In 1979 I became a district nursing sister and practical work tutor.

The last years of my career were spent as a community based Macmillan Nursing Sister combined with some lecturing. I retired 15 years ago and have volunteered for various organisations. My late husband died in 2011. I now have a daughter and son plus 3 grandchildren (all boys). 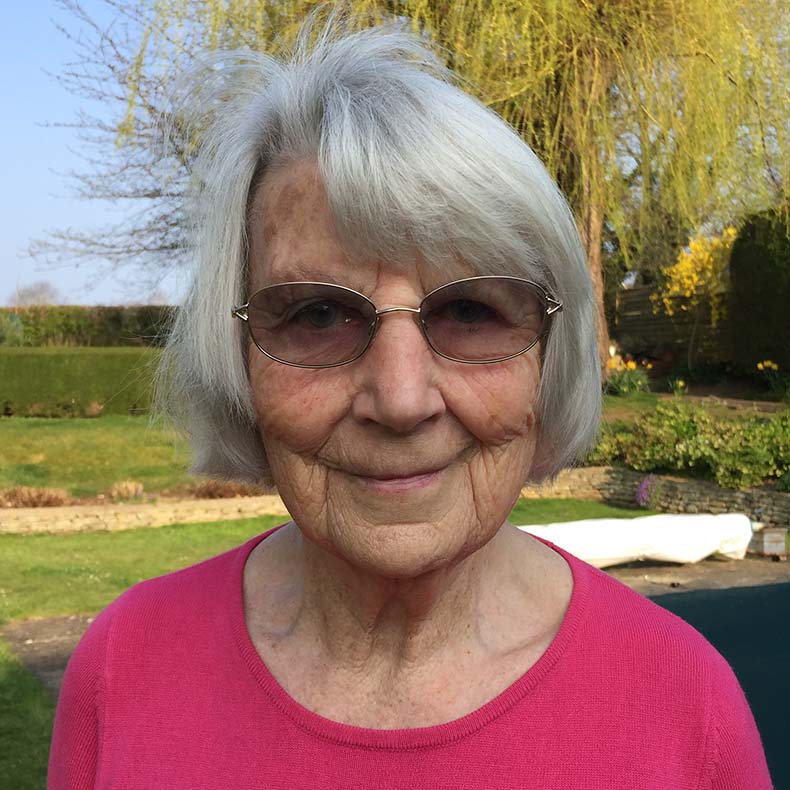 I started general training at UCH London on 1st January 1959 completed my fourth year working in general theatres and although asked to stay on I was keen to do midwifery training which I did at Cambourne – Redruth Hospital, Cornwall for Part 1, Part 2 at Epping with district experience in Harlow New Town, Essex.

I then moved to Marston Green Maternity Hospital, Birmingham, a very busy unit starting as Staff Midwife then becoming a Sister in Labour ward and later a postnatal ward.

I met my husband in Birmingham, his work took him to Dublin during which time we married and I moved to Dublin for six months there I returned to theatre work.

We returned to the UK to Gloucestershire, I worked as a midwife in Gloucester until our children arrived, when they were old enough I returned to theatre work in Cheltenham until my retirement. I have enjoyed many years on the League Committee and now on the Benevolent Fund committee, I have responsibility for sending out members of 80+ birthday cards. 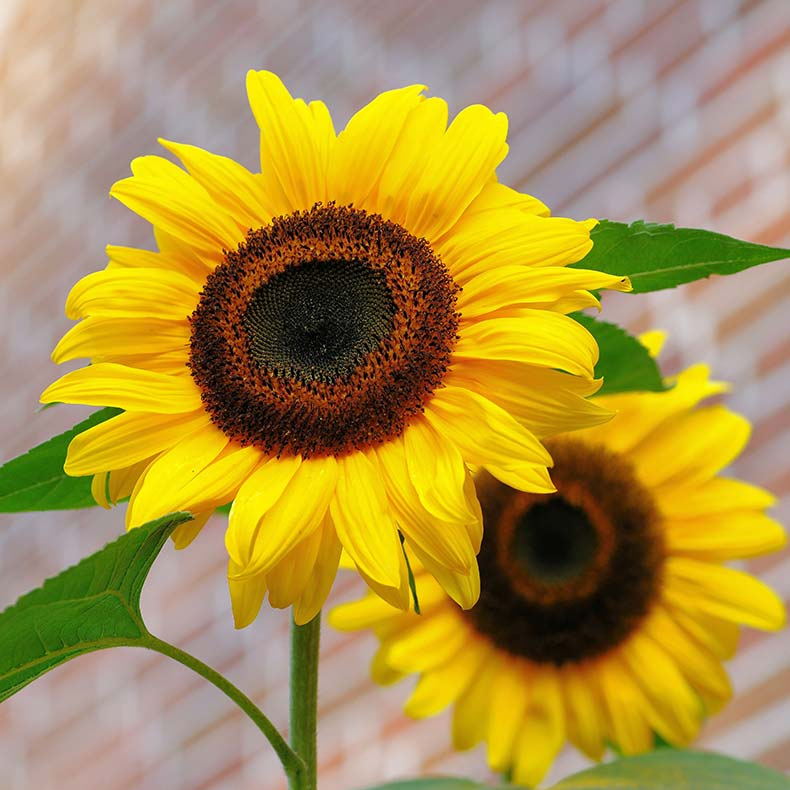 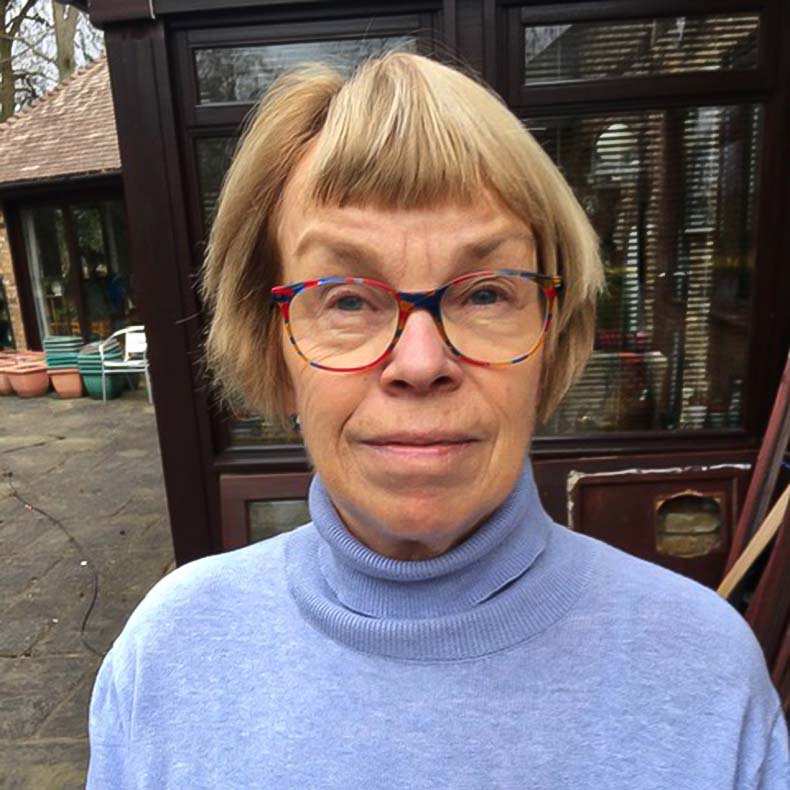 I qualified as a State Registered Nurse (SRN) at UCH School of Nursing in 1971. After a short period, staffing on the very fledgling I.C.U. I decided to move to work in the local community. Initially, I became a School Nurse then after undertaking further training, qualified as Health Visitor in 1973, my first post being locally in Kentish Town. My connections with UCH continued however with participation in the ‘mothercraft’ classes held in a classroom in Chenies Mews.

Some years later after a career break to raise a family I returned to Health. Visiting in a more rural area in Buckinghamshire covering quite a diverse population. In those days the role included all ages ‘the cradle to the grave!’ Eventually, I changed posts again to join a large medical practice in Rickmansworth benefiting from being part of the Primary Health Care Team.

I retired in 2008 and became more involved with the UCH Nurses’ League serving on 2 Executive Committees, and the planning of the League Centenary culminating in the memorable celebrations on April 9, 2009. Following that the League became a Charity and I served as one of the early Trustees.

I have enjoyed getting to know many other members over the years both on those committees and at various social events. During the pandemic, I’ve had some very interesting and poignant telephone conversations with some of our more senior members about their nursing days at UCH. 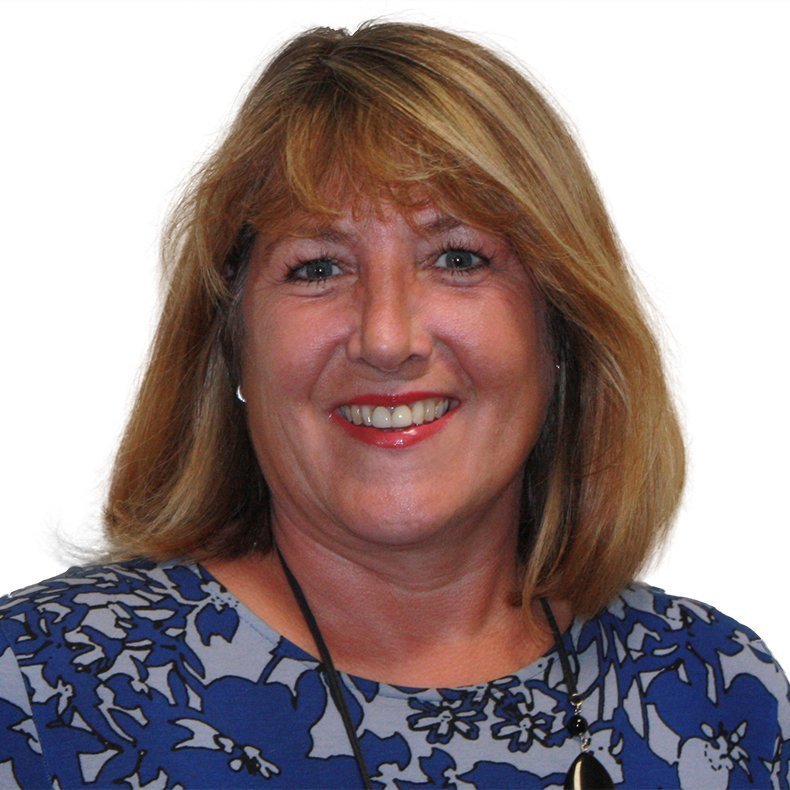 Theresa Wiseman is a clinical nurse academic with a joint appointment between The Royal Marsden NHS Foundation Trust and the University of Southampton. She holds a chair in Applied Health Research in Cancer Care, is passionate about research but more so that it makes a difference to patients and families. She began nursing at UCH in January 1977 and joined Set 222, qualifying in January 1980. She had various staff nurse posts including working in Germany, completed her ITU training at The London Hospital and returned to UCH as a Sister in 5:1 from 1983-1985 when she became a clinical teacher. After completing a BSc and Post Grad Dip in Education she worked at Bloomsbury College of Nursing and Midwifery from 1992-1997 when it closed. Following this, Theresa worked as a Lecturer/Senior Lecturer at The Florence Nightingale School of Nursing and Midwifery, King’s College London (KCL). Here she completed her PhD and obtained her first joint appointment with Guy’s and St Thomas’ Trust and KCL, before taking up her post as Strategic Lead of Applied Health Research at The Royal Marsden NHS Foundation Trust (RMNHSFT). In 2015 she was awarded a chair in Applied Health Research in Cancer Care (joint appointment) by the University of Southampton and RMNHSFT. She has always maintained a clinical component of her role and has had joint clinical academic posts since 2008.  Her research focusses on patient and carer experience of cancer and treatment and developing services and interventions to ameliorate that experience. 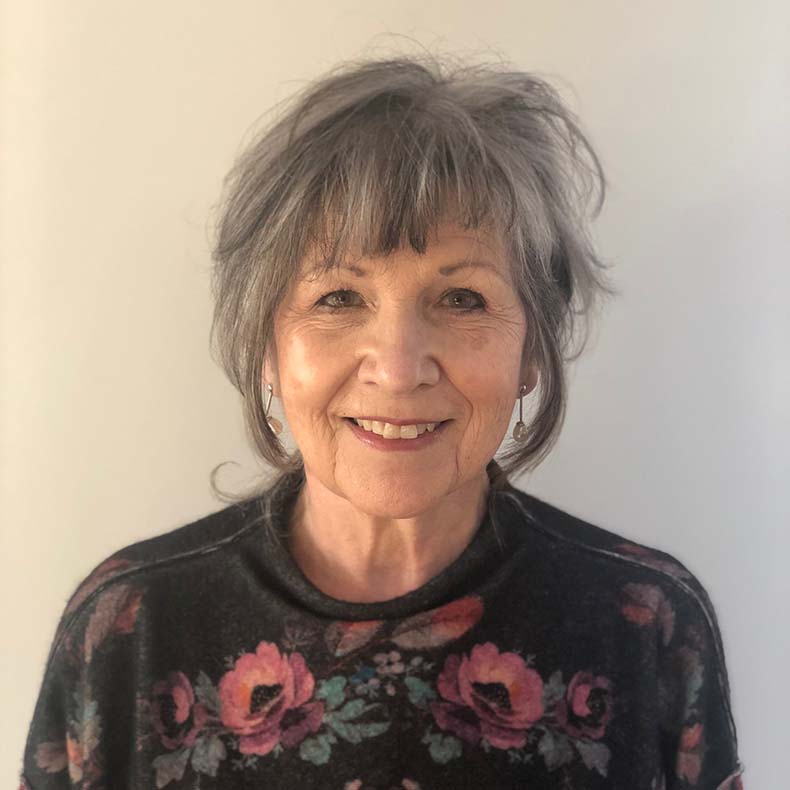 Wendy Knibb is a semi-retired Health Economist who has extensive knowledge of research particularly relating to nurse training and translational research. Academia is a second career for Wendy after a spell as assistant to the Investment Advisor of a large private bank in London. She gained a BSc (Hons) in Economics with Politics, went on to undertake an MSc in Economics and after being awarded a studentship from the University of Surrey, in 2005 she completed her research training reading for a PhD on ‘The use and training provision for HCAs and Support Workers in the NHS in England’. Whilst at the University of Surrey for 16 years, she held various posts including running the Doctorate of Clinical Practice programme and supporting many MSc and PhD students through their research studies. From 2008 to 2011, she held a part-time secondment to the Department of Health South-East to provide advice on Health Economics and Evaluative techniques. Wendy was heavily involved in the European Health Management Association for many years where she ran a Special Interest Group on Healthcare Force Management. Much of her research has centred on evaluative studies. 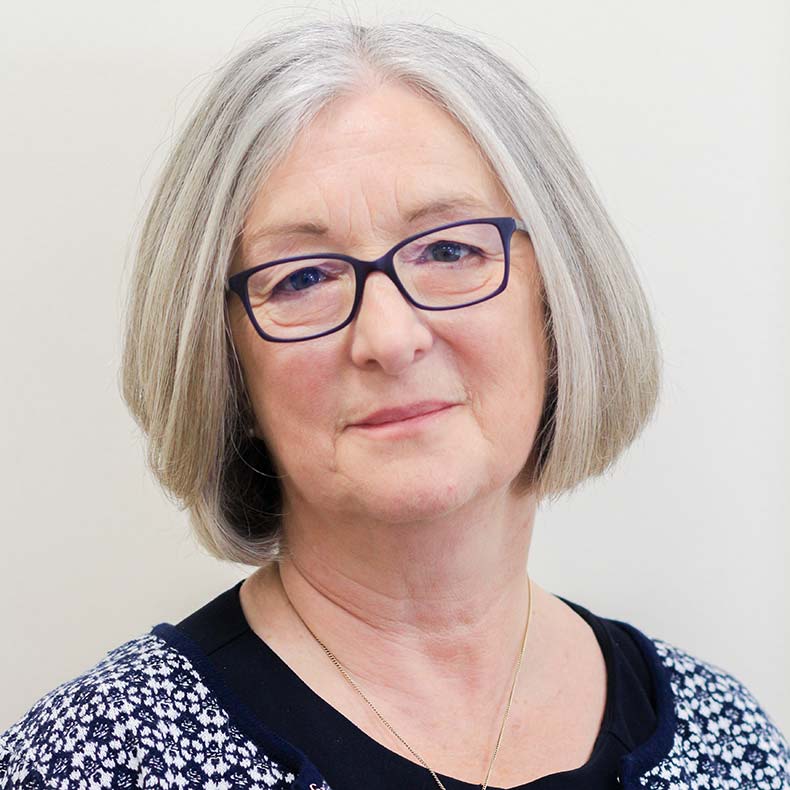 Helen Allan is a Professor of Nursing at Middlesex University, London, UK. She registered as a nurse in 1979, working for 13 years in acute care. After a BSc Sociology at the London School of Economics, London University, Helen trained as a nurse teacher and taught social sciences and nursing at Bloomsbury College of Nursing & Midwifery and then at the Royal College of Nursing Institute. Helen completed her PhD in Nursing part-time at Manchester University in 2000. She worked with Professor Pam Smith at the University of Surrey in the Centre for Research in Nursing and Midwifery Education. Helen has held Chairs at the Universities of Surrey, York and since 2014 at Middlesex University. 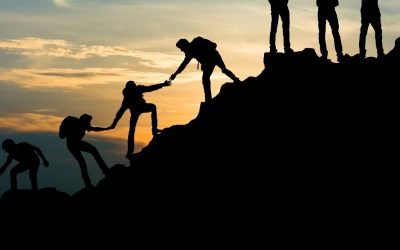 A Beneficiary of our Benevolent Fund

In particular this year I approached the charity for a financial bursary in light of changes in our family circumstances. I found that the charity responded very compassionately and quickly. 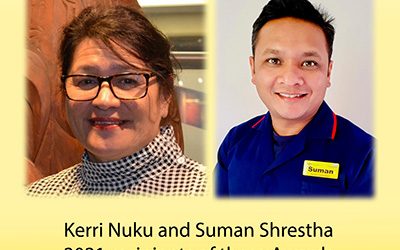 Do you know a nurse who makes a significant contribution to the promotion of human rights in their care of people in need? If you have a nomination please get in touch. The deadlines for nominations for the 2022 awards Friday, 29th April 2022 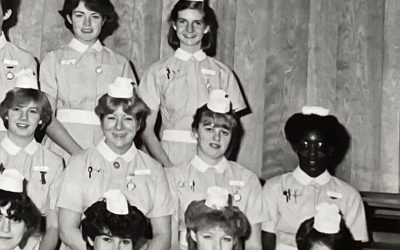