Please use our contact form to make us aware of the death of a former Associate.

A tribute to Beryl was given at her Thanksgiving Service by Mrs Jeanette Guinness, a close friend. Beryl was born in Balham and like her parents was a devout Christian throughout her life. On leaving school she worked in an Insurance office in London with her brother Ray. She left the office and began her Sick Children’s training at Queen Mary’s Hospital, Carshalton. In 1951 she began her general training at UCH. After completion she undertook midwifery training in Shoreham. Miss Downton invited her to return to UCH to join the Night Sister team and this period was followed by her position as Ward Sister on Ward 4 at St Pancras Hospital, then a male medical ward.

Mary Weeks Millard remembers the support Beryl and Sister Pamplin gave to young nurses just starting their nurse training. Beryl completed a Tutors Course, joining the staff at Minerva House with special responsibility for enrolled nurse students.
In 1980 Beryl was on the move again – this time to the Mayday Hospital where she took up the post of Deputy Senior Tutor. On leaving UCH the editor of the League Magazine wrote “that though the post will be easily filled, the individual is irreplaceable. It was reported that during her association with UCH, her integrity, capacity for sustained hard work, and quiet cheerfulness together with a calmness are unforgettable”. A fitting epitaph to a gracious lady.
Ann Redmayne

Born 14.7.1926
Died 13.01.2018
Jeanne Bailey (nee Potter) enrolled in set 84 in 1944, having spent a year as a probationer nurse at Hornsey Hospital until she was old enough to enrol at UCH. She was born in Withington in Manchester in 1926 and was educated at Ware Grammar School in Hertfordshire.

Jeanne qualified as an SRN in 1947 and continued to work at UCH as a Staff Nurse. It was there that she met David Bailey, at that time a registrar on the surgical unit. Jeanne and David were married in 1950 and at that point, as was the rule in those days, had to leave nursing. She did however continue to be involved heavily with the Charity, known then as the Nurses’ League and was a committee member for many years. She was also a life president of the Dora Finch Fund, of which she was justifiably proud.
David died in 2008 and a few years later Jeanne moved from London to Woodbridge in Suffolk to be nearer to family. She continued to keep in touch with former UCH nurses such as Muriel Borman (89), Pat Suitor nee Elmore (120), and Pat Timpson nee Whale (84).
Jeanne is survived by her 4 children.
Dr Rob Bailey (son)

My mother, Mary White, was a member of UCH London Nurses’Charity. I am writing to tell you that she sadly died last month. She was 94 and had lived a rich and rewarding life very much due to her training at UCH. She lived independently almost until the very end and always approached life with enormous positivity.
Amongst her possessions I found the December 2005 magazine for the UCH Nurse’ League which she had kept. Inside is an article that she wrote entitled “Training at UCH in 1943” where she says how proud she was of her UCH training, something she often spoke of, and tells how she used it in later life.
Fiona Borthwick

The sad news of the premature death of Annie was reported to the charity in August this year. Annie provided guidance on producing the photographic exhibition for the League’s Centenary. A few of us spent many hours with her in the hospital archives in the rather dismal basement of 250 Euston Road.

Annie advised us on which photos were subject to copyright and /or patient confidentiality. She arranged for some to be digitally enhanced where necessary and eventually scanned onto a CD. Her expertise was invaluable and without it there would not have been photographs on display.

Today, some of those images of the past days of nursing are permanently displayed on the Heritage Trail, open to all who visit UCH, to show and celebrate University College Hospitals’ history. The Trail comprises images and objects focusing on eight themes: nursing; patients; medical education; medicine; surgery; charity; hospital in times of conflict, and buildings. The Trail can be seen on the ground, first, second and third floors of the public spaces of UCH podium and there is a leaflet to accompany the exhibits. Of particular interest to us is the glass cabinet outside the chapel displaying some of our charity’s memorabilia.

Annie is much missed by all who knew and worked alongside her. The Nurses’ Charity has lost an enormously valued custodian of our memorabilia and archives.
Wendy Nowell Set 176 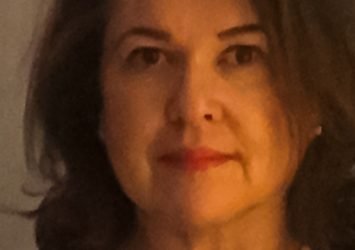 Thank you to The UCH London Nurses’ Charity for the award of an education grant.
I am hugely grateful to the Charity who last year awarded me a grant which supported the cost of my attendance on The Understanding Trauma Course 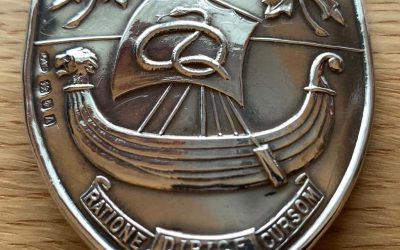 From time to time the charity receives queries from members looking to purchase a replacement nurses’ buckle from our donated stock. We currently have very few remaining, 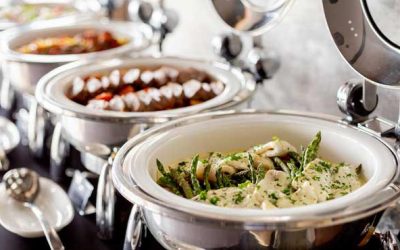 To be held at the Grafton/Radisson Hotel, 130 Tottenham Court Road