Pat Barr (Chaplin) and I, Sylvia Gillespie (nee Francis), first met in 1949 when on July 18th we became members of P.T.S Class 103. The war had not long been over and we were experiencing rationing. This meant having to carry our butter and sugar rations around with us (usually in glass containers) in a string bag. We would have our rations renewed weekly and if you were going away for any length of time you could get cards to take with you to buy any you needed.

In the beginning Set 103 was divided with some of us being housed in a renovated house on Gower Street while the majority were being housed in the main Nurses Residence. There was some disruption at the time because an unexploded bomb had been found at Heals on the corner of Tottenham Court Road.

Four members of 103 were older than the rest of us and had served as ambulance drivers in World War Two (they were awarded the George Cross I believe.) U.C.H had recently taken over what had previously been a workhouse, St. Pancras Hospital and we all did a three month tour of duty there. A recent picture of Muriel Borman (Set 89) in the magazine brought back memories of my time at U.C.H.

Pat Barr and I have kept in touch all these years, we travelled to Canada in 1958 and worked at the Montreal Neurological Institute moving to Alberta after a year where we met up with two other ex 103, U.C. H. nurses, Jo Middleton and Esme Foster. Marriage then took us our different ways but we both still live in Alberta and kept up our nursing until we reached retirement. We have been visited a couple of times by another classmate, Jean Vernon Jackson (nee Hole) who has unfortunately now died.
I have good memories of my days at U.C.H and always enjoy getting the magazine in January.
Sylvia Gillespie (nee Francis) Set 103

This year, on June 26th, it was 60 years since we all started our training. Where have the years gone?!
Of our original set members and affiliates, 20 of us were able to make it to a reunion on 6th October 2018. We met at the Autumn Lunch in the Grafton. Our tables were beautifully decorated – our thanks to the UCLH Charity Committee – and it was the perfect setting for us to catch up on everyone’s news.

Prior to the luncheon, several of us had a private tour of the new UCLH. Rabina Tindale, Deputy Chief Nurse, very kindly gave up her own time to show us around the new facility, and what a difference from our days in the Cruciform!
Micky Binmore (Micklethwait) Set 139

In September 1958 fifty-three young women gathered at UCH to begin their nursing training, joined a year later by eight orthopaedic nurses and all went on to complete their general training. We have met most decades since and on 6th October 2018, seventeen of the original group met for luncheon at the Ambrose Café in Heal’s department store to mark the 60th anniversary. The remarkable thing was that we largely recognised each other even though we had not all known each other very well during training. Of course, some of us have met up over the years but several only saw each other at reunions or not at all.

People have an amazing ability to reconnect with acquaintances from the past and chat away as if there were no intervening years. This was the case this time as the animated conversation swirled around the table from the moment we gathered to sit down. We were mostly interested in how our careers had progressed, diverted to another path or been devoted to family life, as well as hearing a bit about those families. We also attempted to piece together what had happened to other members of our set, with varying degrees of success from quite a lot of information to complete disappearance. The value of such a gathering is in the sense of a shared experience during our formative years.

The event was expertly coordinated by Judy Hudson and Veronica Allan, and because we had pre-ordered our food, it was all very smooth and efficient. The staff were jolly and pleasant, so the atmosphere was very happy. Photographs were circulated and provided the difficult test of recognising our younger selves. We could have gone on chatting for a lot longer but because we had gathered from all points of the compass, we had to draw it to a close to get back home. Now that we are all getting longer and longer in the tooth, there was a general feeling that another get together in a couple of years would be a good idea. So, here’s to the next time!
Susan (Winter) Berridge Set 140

The historic George Inn at Borough High Street made an excellent lunch setting for Set 164 on 14th September. We gathered in the sunny courtyard before the 13 of us went to our table in the Gallery. Ellen, our personal waitress was welcoming and tolerant of our lively conversations. The food and wine were excellent and good value for such a central location. A toast was raised again to Lois who died last year, and we rejoiced with Chris for being well enough to join us.

The group were pleased to hear that the steady sales of our Memories book has resulted in a donation being made to the UCH Nurses’ Charity who were kind enough to sponsor the gift books to various libraries.

Afterwards we split into two parties, the first to explore the foodie delights of Borough Market, the second to see the Old Operating Theatre and Museum very nearby. The highlight of this fascinating museum is the 19th century wooden operating table from UCH presented in 1957. A replica is on show in the centre of the theatre for filming and demonstrations. A lecture to school children studying GCSE history was taking place which we were able to listen to from the top gallery.

The shop sells books and gifts for all tastes from gory eyeballs to tea towels. The tea towel states duties of a St Thomas’s nurse in 1860 including “You must stupe all Patients as may require it…” and “you must attend the Butler at the ringing of the beer bell…” However, the others duties were of kindly, attentive care and cleaning which were still ours in 1964.

We had been pre-warned that there was a 52-step spiral staircase but the use of a new lift could be requested. However, it ceased to work on the way down so a careful descent was made with our bags being carried by the anxious curator.

We all agreed that a yearly lunch in a central location including an interesting activity is something we all look forward to, so see you next year!
Heather O’Neill Set 164

Of the original 65 members who started training in 1967 there were 15 able to meet in the new Education Centre at UCH on 25th September 2017. Frankie (Webber) Fry and and Jane (Ward) Shuker had made a stunning cake with UCH logo icing. Jenny (Slater) Horton had made us all a beautifully sewn Mug Mat to commemorate the occasion.

After introducing ourselves to each other, some not having met for 30 or 40 years, and in case the intervening years had rendered us unrecognisable the reminiscing began. People brought photos and memorabilia to share. It was amazing how we each remembered different parts of our shared experiences during such a seminal phase of our lives.

Having eaten and drunk well Vicky’s husband kindly took photos of us all. We then went on a tour of the cruciform building now Grade II listed and part of UCL.

We started in the basement, now a study area for the students, full of computers! The underground corridor from casualty has been sealed off for safety reasons, so we were unable to see where we used to return to the Nurse’s Home after a late night out! No cockroaches either! There was also an interesting History of Nursing display in the same area.

We walked up the marble stairs past the memorial to surgeon Marcus Beck. The legend was that the doors must be closed by the night nurses but if they were later found open someone would die (not surprising in a large hospital!). It was probably to scare young nurses – as if the hospital at night wasn’t creepy enough! Interestingly, the security man at the main MRC entrance said they still close the doors at night, though he didn’t know why until we told him!

The wards retain their numbers and Jane visited her old ward. We were allowed into what used to be the children’s ward where the beautiful tiled murals of nursery rhymes decorate what is now a laboratory. We also admired the display of nursing in the new building.

We marvelled at the amount of building around the area dwarfing The Wellington pub still there and we peeped into the entrance of the Rockefeller Nurses’ Home which has a splendid new lift.

Some of us who didn’t have to rush for trains continued in The Grafton, now a tasteful bar and restaurant where the memories continued to flow for a while. The day was over far too quickly, and we hope to meet again as there wasn’t time for us all to catch up and we all went home happy and with a lot to think about!

A set reunion to celebrate 60 years since we started training on 1st January 1959 will be held at the UCH London Charity Autumn lunch in October 2019. Please apply for a ticket to the lunch using the form on page 50
Christine West Set 141

Set 144 plan to hold a reunion at the UCH London Charity Autumn lunch in October 2019. Please apply for a ticket to attend the lunch using the form on page 50
Margaret Herring Set 144

2019 is a significant year for us 1969ers! We are planning a 50th anniversary reunion for sets 180, 181, and 182 in 2019 (all having started our training in 1969). Our last reunion was held at the Autumn Lunch which went well and it’s time for another reunion. We will meet at the Autumn Lunch on Saturday 13th October 2019 in the Grafton Hotel, for which a table will be reserved for us. This will require you to make a reservation through the form in the Magazine and send with your cheque as early as possible to the charity office. If you are in touch with non-League members, please let them know. I look forward to seeing you there, very best wishes, Marion Witton (Set 181, nee Tiplady).
Dr Marion Witton Set 181

Sadly we have had to cancel the Autumn Lunch

Sadly we have had to cancel this event

Details available closer to the date 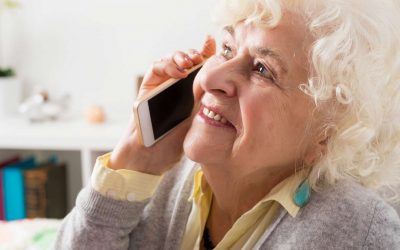 Contacting Associate Members during the Pandemic

Contacting Associate Members during the PandemicNews from the Benevolent fund When Matron Miss Dora Finch started the UCH Nurses League in 1909 two of the aims were: To form a bond of union between past and present Members of the Nursing Staff For mutual help and...

I might never had considered joining the UCH Nurse Charity had it not been for the effect of starting the UCH London Facebook Page. I now find myself as a newly signed up Charity Trustee with the marvellous and interesting task of working on the UCH Archives. 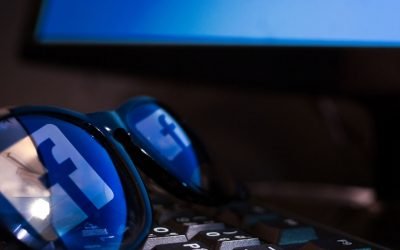 UCH, London Facebook pageJoin the Facebook page In March 2020, Paula Jenkins from Set 257 ( June 1982-Sept 1985) set up a Facebook Page for UCH Staff. It is simply called University College Hospital, London and is a private group accessed only by request and Paula is...