A Visit to Downing Street 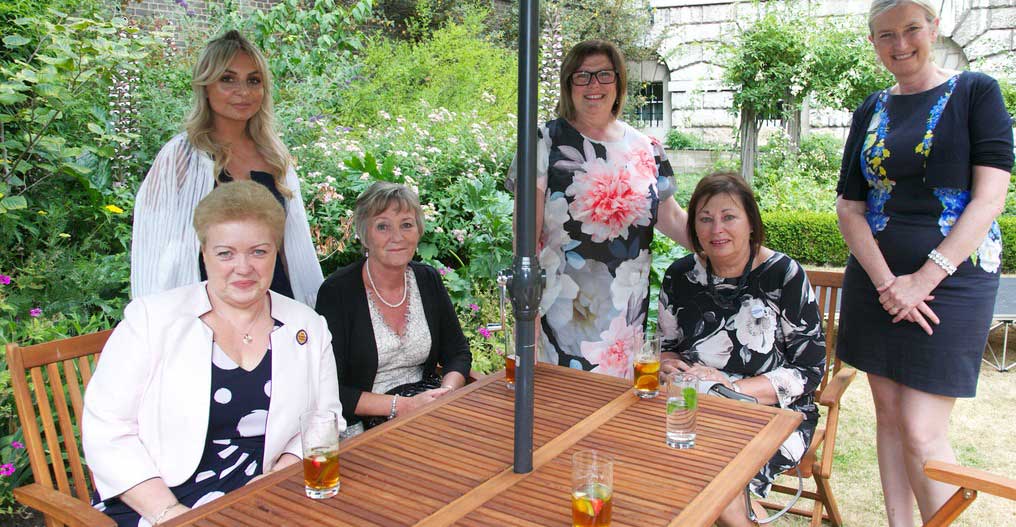 A Visit to Downing Street

It was with some disbelief that I read an email received on 2nd July which stated “The Prime Minister invites Mrs. Patricia Beverly to a reception to celebrate 70 years of the NHS at 10 Downing Street on Wednesday 4 July, 5.30pm – 7.15pm”. After several emails and phone calls I was eventually convinced that this was genuine and started to make plans, but with only 2 days’ notice and 2 full days in my work diary, there wasn’t much time to spare!

Before I knew it I was joining a queue outside the gates of Number 10. There was much excitement at the thought of actually going behind the famous black door. There were a variety of NHS staff invited, I was standing with a newly qualified nurse from Liverpool and a GP who was about to retire and had this year received the MBE.

Having got through the stringent security checks, I eventually found myself inside Number 10 and was directed through the corridors to the gardens and terrace. There I was met by one of the organisers who informed me that I would be receiving a long service award from Jeremy Hunt, as I was walking away, she added, ‘Oh, and you’ve been chosen to meet the Prime Minister!’ As I sat with some other nurses to enjoy the gardens and chat about our roles it began to rain and we were directed back into the house and up the stairs to a large reception room. We walked up the famous staircase where photos or paintings and the signatures of all the past Prime Ministers decorated the wall; it felt surreal to be climbing the stair case where many dignitaries and visitors had been before.

With the arrival of the Prime Minister imminent, the chosen six were ushered into the The White State Drawing room which was, until the 1940s, used by Prime Ministers and their partners for their private use. It was here that Edward Heath once kept his grand piano. It is often used as the backdrop for television interviews and is in regular use as a meeting room for Downing Street staff. On the wall was a work by J. M. W. Turner, it also contained elegant Adams furniture and Chippendale chairs.

The Prime Minister eventually arrived; she spent some time talking to a small group of people, who, from what I could surmise, were activists and supporters of the NHS.

Our small group waited in anxious anticipation until the Prime Minister was ready to join us. I was so proud to be introduced to her, she was informed by one of her members of staff that I was to receive a long service award and was also a Queen’s Nurse. We shook hands and she enquired about my career; I recounted details of my training at UCH, the thrill of delivering a baby and continuing to keep in touch with him and his family until present day, the pride and honour of receiving the title of Queen’s Nurse. She thanked me for my services to the NHS, I managed to thank her for the invitation and before I knew it, she had moved on to the next person, who was very new to the NHS and had been in the first cohort of apprenticeship nurses.

Following our official introduction we were requested to join the other NHS staff in the large reception room, where after some time both the PM and Secretary of State made speeches about the NHS and thanked staff for their services. It was then time for a significant number of us to receive our long service awards. Official photographs were taken and before long the event was coming to a close. During the course of a couple of hours I met admin staff and secretaries, consultants, kitchen and portering staff, doctors and staff involved in the development of remote care, a fascinating group, all with stories to share about their working lives in the NHS. We had shared a unique event and our memories will stay with us for a very long time.